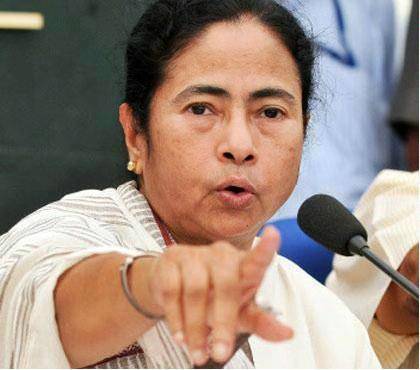 KOLKATA:  As Union Government retreated on making Aadhar card mandatory in all Central  sponsored projects, including mid-day meals, the Trinamool Congress stole a march ahead of many non-BJP political parties.
Incidentally, Bengal Chief Minister Mamata Banerjee again clashed with BJP-led NDA Government, especially Prime Minister Narendra Modi, saying “if a kid has Aadhar card he/she can have mid-day meal but another kid who wouldn’t have it because he/she doesn’t have the card, this is strange sense of justice.’’
And quick came the response from Union Government, a top bureaucrat told media, Union Government didn’t  want to deprive another from his/her rights.Anyone with an identity can have mid-day meal. The official also clarified that in other projects the same rule will apply.
However, once Aadhar Card is complete, it would have to be with the beneficiary, the official warned.Observers here feel that Supreme Court directive not to make Aadhar mandatory, there was fear in BJP Government.
Then of course BJP-led NDA apprehended that with Mamata Banerjee other non-BJP and non-NDA parties would have joined and turned this Government’s image as “anti-poor what would have done an enormous political damage.’’
Even though Modi Government isn’t pro-poor, more interested in a free market economy, yet he could not have afforded an anti-poor image,’’ said a top CPI(M) leader whose party would have launched a joint campaign with Trinamool Congress on the issue.

According to observers, while this retreat only added a feather to Mamata’s cap, as her being first, it gave her a special stature politically at the national level.
There’s no gainsaying the fact of all the non-BJP party leaders nationally, she took up the issue showing where lies the fear (anti-poor image) for BJP,’’ noted a Left intellectual.