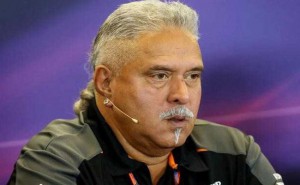 NEW DELHI: The Prevention of Money Laundering Act (PMLA) court on Monday issued a non-bailable warrant against businessman Vijay Mallya. Judge P.R. Bhavake was hearing a plea filed by the Enforcement Directorate (ED) seeking a non-bailable warrant against Mallya.
Senior Counsel Amit Desai, appearing for Kingfisher Airlines, said a financial audit of the company was carried out in 2009 and 2010 and it had mentioned that the exact momentum and purpose of the loan was known. Hence all the allegations made by the ED were false.
Advocate Hiten Venegavkar, representing the Enforcement Directorate, said Mr. Mallya was summoned thrice by the directorate to record his statement, but he repeatedly failed to appear. Hence they were seeking warrant against him.

The ED’s case is based on an FIR registered by CBI against Mr Mallya and other unknown officials of the Mumbai-based IDBI for causing a loss of Rs. 900 crore to the public sector bank. An agency source said IDBI gave the loan despite Kingfisher Airlines’ negative credit ratings and financial troubles.

The FIR was registered under Sections pertaining to criminal conspiracy, criminal breach of trust by a public servant or a banker, merchant or agent, and criminal misconduct by a public servant.
The ED registered a case under the Prevention of Money Laundering Act to trace the alleged diversion of the Rs. 950 crore loan granted to Kingfisher airline by a bank. The agency is probing why the bank gave the loan to the airline, ignoring its own internal report that allegedly warned against such a step.
His United Breweries Group has told a court in Mumbai that the Enforcement Directorate or ED has its facts wrong, and that the money spent abroad was for legitimate business purposes, and that it will provide full details in the coming days.
After five straight years of losses and mounting debt, Kingfisher was grounded as workers protested unpaid wages and lenders unsuccessfully attempted to revive the carrier.
In total, Mr Mallya’s Kingfsiher Airlines, defunct since 2012, owes nearly 9,000 crores to different banks who have said that he must meet them in person to negotiate how he will pay them back.
Mr Mallya has so far made a series of offers to them via video-conference, which have been rejected.