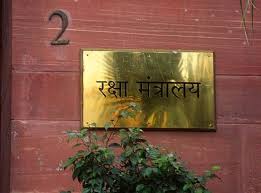 NEW DELHI : Faced with an onslaught of unsavoury messages on social media, some purportedly written by retired and serving personnel, the army on Thursday turned to Facebook to caution them against accepting or forwarding messages without verifying facts.
The army also asked both serving personnel and veterans who are users of social media to be more responsible while forwarding mails which may affect the image of the force.”Since there was some confusion and lies being spread on social media, we have just posted our already existing circular on our official Facebook account,” army sources said.
The post on the social networking site takes into account the slew of messages that have appeared of late.”In the recent past, there have been concerted attempts by inimical elements to tarnish the image of the army by posting malicious and damaging content based on half truths,” read the post.
It all began with Northern Army Commander Lt Gen DS Hooda admitting the “mistake” by his personnel in the killing of two civilians in Jammu and Kashmir last month.That had triggered a flood of reactions and Hooda had to write to his men asking them “not to fall prey” to opinions espoused in the print, electronic and social media.
Now, in the wake of recent terror attacks in J&K, a fresh wave of messages have started appearing which attack the army leadership in the state. Some of these posts were purportedly written by young officers.
Now, a new Whatsapp message has cropped up about a recent operation, saying that a particular officer was sidelined when it came to appreciation for saving “over 100” BRO personnel.
Asked about the message, the army sources said they had checked with the said officer and he has denied posting any such message.The army believes this is all part of a “misinformation campaign” which is being possibly orchestrated from across the border to dampen the spirit of the force.
“This is all a misinformation campaign. No army personnel will ever share operational details and such misinformation on social media,” the sources said.