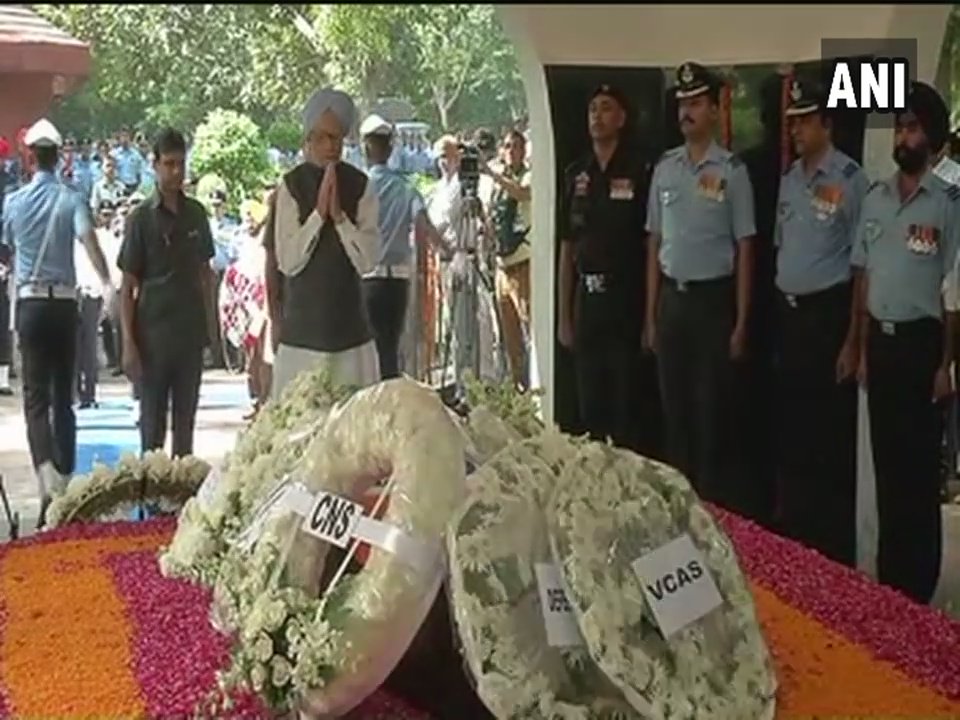 The last rites of Arjan Singh were performed at Brar Square in Delhi. Arjan Singh’s mortal remains were taken to Brar Square from 7A Kautilya Marg in a decorated gun carriage. A gun salute and a flypast was also held before the final rites. The flypast was conducted in a ‘missing man’ formation, an aerial tribute given to fallen soldiers of our forces.

Earlier, hundreds of people, including Defence Minister Nirmala Sitharaman and the three Service Chiefs, bid an emotional adieu to Arjan Singh at a state funeral at the Brar Square here. Arjan Singh had led the air operations in the 1965 war with Pakistan. He was admitted to the Intensive Care Unit of Army’s Research and Referral Hospital after suffering a cardiac arrest.

The IAF’s Sukhoi-30 fighters in the “missing man” formation along with the Mi-17V5 choppers in “insignia” formation made the flypast paying their last respects to the national hero.

Arjan Singh’s body, wrapped in the flag, was taken from his home to the Delhi Cantonment in a gun carriage decorated with marigold flowers – a journey of 8 km with an Air Force band and a tri-services contingent at the funeral site. A fly-past of Sukhoi-30 fighters and 17-gun salute were also held. The national flag is being flown at half-mast at all government buildings in Delhi today in tribute to the only five-star rank Air Force officer, equivalent to a Field Marshal in the army.

Arjan Singh had passed away at the Army’s Research and Referral Hospital on Saturday. As a mark of respect to the departed son of the ‘Mother India’, the national flag will fly at half-mast in all government buildings in Delhi.  Arjan Singh, the hero of the 1965 India-Pakistan war and the only Air Force officer to be promoted to five-star rank, died at the age of 98.

Arjan Singh was conferred the rank of the Marshal of the Air Force in 2002
He was famous for his role in the 1965 India-Pakistan war. “It was to his credit that despite initial setbacks, we were able to ‘overcome and overwhelm’ the enemy and spoil their design to annex Jammu and Kashmir,” Air Chief Marshal BS Dhanoa said.(With Agency Inputs).