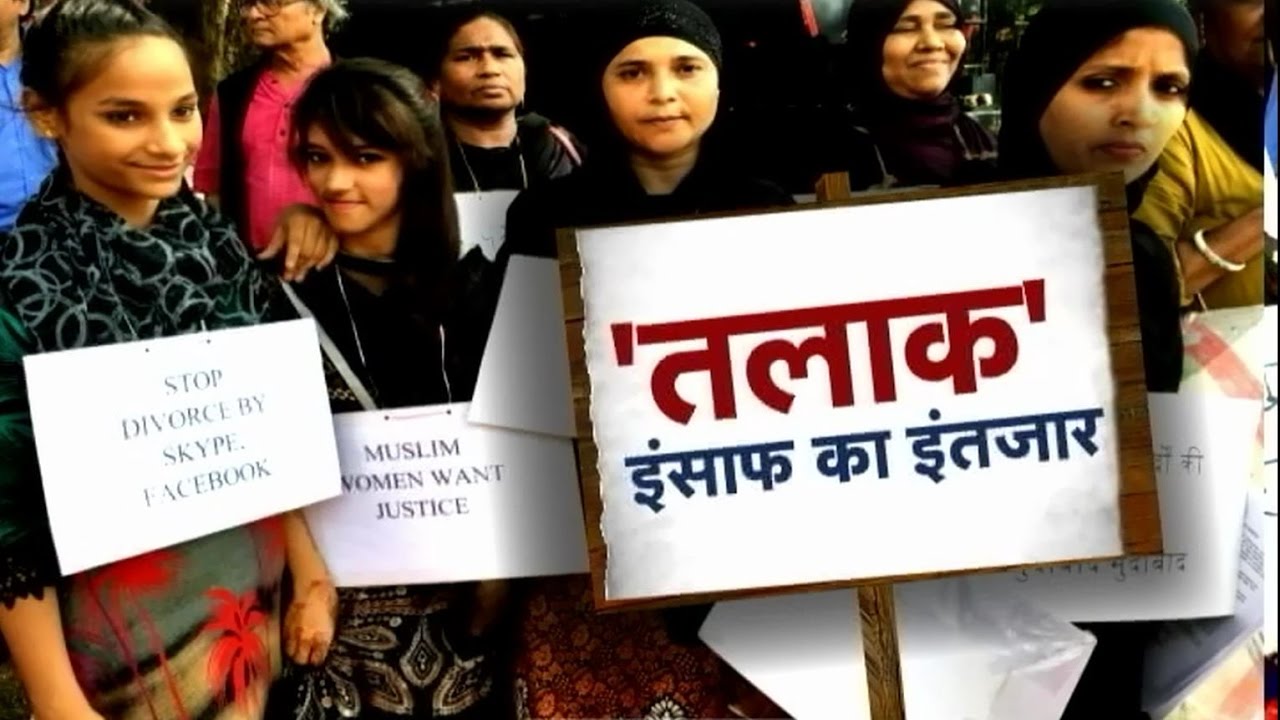 NEW DELHI : The country’s five seniormost judges, all of different faiths, began hearings to determine if triple talaq, the practice of Muslim men getting instant divorce by saying “talaq” three times, was fundamental to religion but may not rule on polygamy among Muslims.
The Constitution bench comprising Chief Justice J S Khehar, Justice Kurian Joseph, Justice Rohinton Fali Nariman, Justice Uday Umesh Lalit and Justice S Abdul Nazeer are likely to hear the matter for seven days. Interestingly, the members of the bench are from different religious communities including Sikh, Christian, Parsee, Hindu, and Muslim.
Setting the ground rules for the daily hearings, the court told both sides that they would get two days to present their arguments, and then one more day to rebut the other side’s arguments. “Each side can argue whatever they want but there should not be any repetition. They will only focus on the validity of triple talaq,” the bench said.
Muslims are governed by the personal law that came into force in 1937. The BJP, and the NDA government has long argued that practices such as triple talaq violate fundamental rights of women guaranteed by the Constitution. Last month, Prime Minister Narendra Modi also asked the community not to look at the practice that discriminated against women from a political prism, but gender discrimination
The bench is hearing seven five petitions filed by Muslim women challenging the practice in the community; some complained of being divorced on Facebook and WhatsApp. Rather than ruling on individual cases, the court had decided to take a call on the legality of such practices. Once the court gives its verdict, it will be for the legislature to decide if the law should be changed.

At its first hearing today, Chief Justice of India JS Khehar who heads the bench, made it clear that the court would examine whether the practice of triple talaq among Muslims is fundamental to their religion and if triple talaq was an “enforceable” fundamental right to practice religion by Muslims.

The SC said it would examine whether triple talaq is fundamental to religion. “We will also examine whether triple talaq is part of the enforceable fundamental right,” added the SC. The hearing assumes significance as the apex court has decided to hear the case during the summer vacation and even suggested that it is likely to sit on Saturdays and Sundays to expeditiously decide the contentious and sensitive issues arising in the matter.
The hearing holds importance as the Allahabad High Court, in its verdict pronounced in the last week of April, had held the practice of triple talaq as unilateral and bad in law. Ahead of Supreme Court’s hearing, Muslim women recite Hanuman Chalisa to end triple talaq.

Influential Muslim organisations like the All India Muslim Personal Law Board (AIMPLB) have opposed court’s adjudication of these matters, maintaining these practices stemmed from the Holy Quran and were not justiciable. The Muslim women who have filed the petitions have challenged the practice of triple talaq in which the husband, quite often, pronounces talaq thrice in one go, sometimes even by phone or text message.
On other hand, nikah halala is a practice intended to curb the incidence of divorce under which a man cannot remarry his former wife without her having to go through the process of marrying someone else, consummating it, getting divorced, observing the separation period called ‘Iddat’ and then coming back to him again.
The Centre had on October 7 last opposed in the Supreme Court the practice of triple talaq, nikah halala, and polygamy among Muslims and favoured a relook on grounds like gender equality and secularism. On March 27, the AIMPLB had told the apex court that pleas challenging such practices among Muslims were not maintainable as the issues fell outside the realm of judiciary.

The Board had also said the validity of the Mohammedan Law, founded essentially in the Holy Quran and sources based on it, cannot be tested on the particular provisions of the Constitution. It had said there was a need for “judicial restraint” before going into the constitutional interpretation of these unless such an exercise becomes unavoidable.
The Ministry of Law and Justice, in its affidavit, had referred to constitutional principles like gender equality, secularism, international covenants, religious practices and marital law prevalent in various Islamic countries to drive home the point that the practice of triple talaq and polygamy needed to be adjudicated upon afresh by the apex court.
(With Agency inputs)