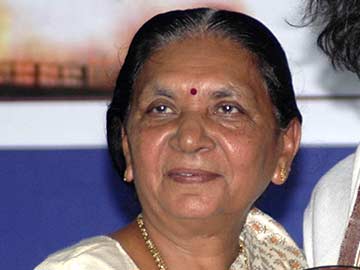 AHMEDABAD:  With the race for the Rashtrapati Bhavan heating up, BJP leader Subramanian Swamy, Tuesday, chose an unlikely candidate as his choice for the highest constitutional post in the country.
And, Swamy choice is former Gujarat Chief Minister Anandiben Patel as the party’s candidate for the election to the President’s post.
“One of the best candidates for the President is former Gujarat CM Anandibehn Patel. So what, if she is a Gujarati? I am too a Gujarat’s son-in-law,” Swamy tweeted.
His tweet in support of Anandiben has created a flutter in the Gujarat unit of the BJP.Swamy’s comments come at a time when there is intense speculation on who the BJP will select as its Presidential candidate.
The Presidential elections are likely to be held before July end. Party workers in Gujarat were left discussing if Patel would be in the race for the post of President.Nobody from the party, however, was willing to comment on the issue.
When contacted, Patel herself refused to give her view on the tweet.Union minister Mansukh Mandavia, who was in Gandhinagar, too refused to comment on the tweet saying he has not seen it.