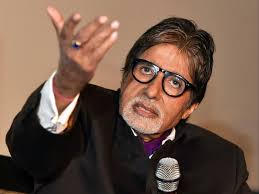 MUMBAI: Megastar Amitabh Bachchan on Thursday recalled Bofors controversy and said it took 25 years to emerge out of the scandal.
Writing in his blog, the 73-year-old “Piku” star said his existence was questioned when he and his family were accused in Bofors case.
“When my family and I were loaded with the accusations of the Bofors Scandal, they painted every aspect of our existence with the darkest colours ever… 25 years later, the prosecutor on the event, makes public the truth – the name of the Bachchans were ‘planted’!! 25 years later…!!,” he wrote.

Bachchan also wrote: “Controversy has the speediest vehicles .. And the belief in them, with the conveyance of the trillions of content through delicate fibres under the sea, or above through the satellited skies, an unstoppable desert storm that blinds not just the eyes of vision, but destroys the very foundation of civility and space…”
The Swedish whistle-blower in the case gave Bachchan a clean chit in 2012 but the actor said he had to live under the burden of “deceit and lies” for a long time.”When it is disclosed, they ask me for my reaction ! What reaction may I give… What does one say… Who does one say it to… Can they wipe away the pain of 25 years… Will they be able to diminish the tainted colour of defamation…”