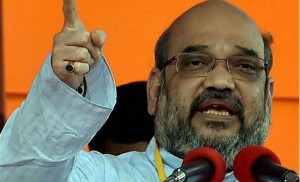 NEW DELHI: BJP chief Amit Shah will meet his party’s Bihar allies today to finalise how they will share the state’s 243 seats for the assembly elections, expected to be held in October.
The allies are anxious that the BJP has not finalised seat-sharing yet and fear that in a last-minute scramble, it might apportion an inadequate number of seats to them, with no time to negotiate.

Chirag Paswan of the Lok Janshakti Party or LJP, the son of Union minster Ramvilas Paswan, met Mr Shah earlier this month to complain against the delay. He also conveyed his party’s unease at the BJP not projecting its allies in its campaign in Bihar.

Since then, the BJP has held two preliminary meetings with allies to discuss seats. “Informal discussions with leaders of the LJP, the Rashtriya Lok Samata Party or RLSP and the Hindustani Awam Morcha (Secular) have begun,” BJP leader Bhupender Yadav told Reporters.
The Paswans, says sources, want to contest at least 75 seats, while the RLSP of Upendra Kushwaha wants 66. New partner and former chief minister Jitan Ram Manjhi’s party is demanding 40 seats

That adds up to a total that the BJP will never concede. The party, contesting in Bihar for the first time in many years as the major partner in an alliance, wants to field at least 160 candidates, sources said.
To keep the pressure on the BJP, Mr Kushwaha, also a union minster in the National Democratic Alliance (NDA) government at the Centre, suggested in Patna recently that the BJP should only contest the 102 seats it did in the last assembly election.

The BJP has entered into tactical alliances with these parties for their support base in different segments in a state where caste and community play a key role in deciding elections. The NDA takes on an alliance of Nitish Kumar.