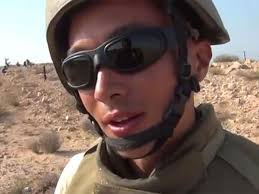 WASHINGTON : A US freelance photographer who has been held in Syria for almost four years has been released. The State Department said Kevin Patrick Dawes, 33, was abducted in 2012 as he entered Syria.
US officials told the Washington Post that the Syrian government never acknowledged detaining Mr Dawes, but they believe the government or an affiliated group was holding him. The State Department said Mr Dawes was turned over to Russian authorities.
The Russia government has been backing the government of President Bashar al-Assad amid a civil war, which is now in its sixth year. The Czech government, which represents US diplomatic interests in Syria, helped secure his release.

State Department spokesman John Kirby said the US is working with the Czech officials to free Austin Tice and other missing or detained Americans in Syria.