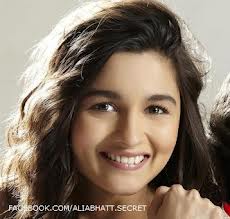 MUMBAI : Actress Alia Bhatt says she finds Bollywood star Ranbir Kapoor adorable and has expressed her desire to marry him.
Alia was speaking on the upcoming episode of filmmaker Karan Johar’s celebrity talk show Koffee with Karan and when the host asked ‘what is your vibe like with Ranbir’, the 21-year-old actress was all praises for him.
“I remember the first time I spoke to Ranbir, you called him up when Rockstar released and you said, here talk to Ranbir tell him how much you love him. And I just spoke so much rubbish, I was just talking non-stop. But later I have hung out with Ranbir and I still think he is really adorable and I still want to marry him,” Alia said.
When asked if she had expressed her love for him to Ranbir’s mother Neetu Kapoor and, more importantly, did Katrina Kaif (his rumoured girlfriend) know about it, Alia said, “Everybody knows my plan. I have gone on record and said it as you said. And I am very open about it except to Ranbir.”
In the rapid fire round, when Karan asked Alia to name a person from the film industry who she would like to go on a romantic date with, Alia promptly replied Ranbir.
Alia has been often linked with her Student of the Year co-stars Varun Dhawan and Sidharth Malhotra but she laughs it off saying, “They (Varun and Sidharth) are constantly pulling my leg. O Pari (Parineeti Chopra) is so sexy, O Pari is like this Pari is like that. But I know that they love me more than her. And its the same with Arjun Kapoor. So that’s fine.”
Arjun was paired opposite Parineeti in his debut film Ishaqzaade. While Parineeti and Sidharth were seen together in the film Hasee toh Phasee, which released recently. Also, there have been rumours that Alia and Arjun are dating each other, but the young actress rubbished such reports.