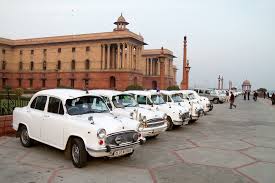 NEW DELHI : Concerned over the delay in the final allocation of All India Service (AIS) officers between Andhra Pradesh and Telangana, Chief Secretaries of both the States will be writing to the Department of Personnel and Training, New Delhi, for immediate allocation.
The Pratyush Sinha Committee, which released the tentative list of allocation of AIS officers between Andhra Pradesh and Telangana on Friday, gave yet another opportunity to the officers to represent their grievances by October 25.
Apparently the committee will meet again after October 25 to take stock of the grievances and may make some more changes if required and then alone send the list to the Prime Minister for his approval.
However, Chief Secretaries of AP and Telangana I.Y.R. Krishna Rao and Rajiv Sharma will be writing a joint letter to the DoPT to expedite the process of allocation as the delay was disrupting the administration.The letter will be sent on Monday, according to sources.
Both the Chief Secretaries, who are members of the committee, feel that the final allocation should not be put on hold any further and the grievances of the individual officers could be considered subsequently.
Meanwhile, senior officers say that the open-ended method of inviting objections repeatedly would only stretch the allocation process over several months and greatly hamper administrative work. Telangana State had been managing only with 44 IAS officers for the last four months, they said.
The committee should freeze the allocation list, keep the officers who raised objections in the State cadre of their choice for the time being and resolve their grievances liberally.The other option is to settle for a joint cadre till all the objections were resolved and then allocate officers between two State cadres, they suggested.
The committee had released the first provisional list of allocation along with the approved principles of allocation on August 22. It had then given a week’s time for the officers to submit any objections.The committee met again on September 5 and considered the objections raised by some officers including Mr. Binoy Kumar on cadre allocation and effected changes in the cadres of 27 officers in the list.
However, a few days ago when some senior AP cadre IAS officers in Delhi alerted the Prime Minister that several AIS officers were unhappy with the State cadre allocation , the DoPT was asked to address concerns of officers to the extent possible. That’s how the Pratyush Sinha Committee released the tentative list and invited the feedback once again.