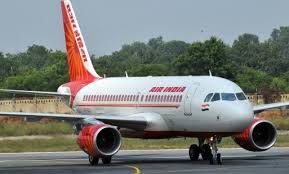 CHENNAI: An Air India pilot assaulted an engineer posted at the Chennai Airport on Saturday morning.According to initial media reports, the incident took place in the cockpit of the Chennai to Delhi bound Air India 143 flight.
Reports said an argument broke out between the pilot of the aircraft and the concerned engineer after the flight was reportedly delayed for between four and four-and-a-half hours.
It is being said that the assault took place following arguments with about 25 to 30 passengers who reportedly wanted the flight to take off later than its original scheduled time.
As of now, no reason is being given as to why the pilot assaulted the engineer.At the time of the filing of this report, tension was prevailing at the airport. Further details are awaited.