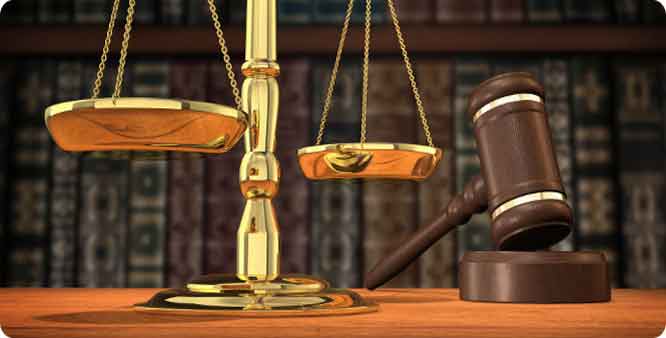 CHENNAI: : The proposal to create an All-India Judicial Service (AIJS) along the lines of the All India Services (AIS) is one that has been endlessly debated since the idea was first mooted by the Law Commission in the 1950s. It has never really moved forward as the same arguments both for and against it have been made over and over again. There are no neat lines which can be drawn between those who favour and oppose it as there have been disagreements within the judiciary, the government and the Bar over its necessity and desirability. The debate has once again come to the fore with a fresh move to implement it and nine High Courts expressing their disapproval.
Why it is a bad idea.
An AIJS is a terrible idea in so far as judicial reforms in India are concerned and does not solve even a single problem being faced by the Indian judiciary.The brief outline of the AIJS is generally this: district judges will be recruited centrally through an all-India examination and allocated to each State along the lines of the AIS. This, it is argued, will ensure a transparent and efficient method of recruitment to attract the best talent in India’s legal profession. A milder version of this, with judges recruited by High Courts on the basis of a common examination is currently being debated in the Supreme Court. This is also a proposal with serious drawbacks.

The first objection to this idea is that it does not adequately diagnose the problem. What exactly is holding back the smartest and the best from the judiciary? The answer lies in the fact that the Bar Council of India has mismanaged legal education. Barring a few islands of excellence, almost no effort has gone into improving the standard of legal education across the country. The best law schools in India are the few set up and funded by the State governments, barring a few exceptions.

Within this incredibly small talent pool, the judiciary competes by offering very unremunerative pay and limited avenues for career advancement.

While a lot of effort has been undertaken by the Supreme Court to ensure uniformity in pay scales across States through its orders in the All India Judges’ Association case, it is still abysmally low when compared to that in the private sector, notably law firms, litigation and the corporate sector. A civil judge (junior division), and the lowest entry level post, can expect a basic pay of ₹27,700 per month. Top graduates can expect to earn at least three times as much in Indian law firms in equivalent entry level positions.

Lower pay would also be acceptable, as with the civil services, if the position was accompanied by sufficiently good terms and conditions of service, and a defined career progression. While trial court judges face much the same problem in the case of transfers and such issues as civil services officers, they have fewer avenues for growth and promotion. A study published in the Economic and Political Weekly in 2016 showed that less than a third of seats in the High Courts are filled by judges from the district cadre. They are also appointed later in their careers and tend to have shorter tenures than judges appointed directly from the Bar. Even if a lawyer is eager to serve as a judge, she would rather wait to be eligible for direct elevation to the High Court than have to go through the grind in the district judiciary.

On the other hand, an AIJS creates new problems. A “national exam” risks shutting out those from less privileged backgrounds from being able to enter the judicial services. It may also end up not taking into account local laws, practices and customs which vary widely across States, vastly increasing the costs of training for judges selected through the mechanism. Even if the language aspect can be addressed adequately, the question still remains this: To what end an AIJS?

The problems of the Indian judiciary at all levels have reached catastrophic levels. The public is losing confidence in the judiciary despite the latter’s assertions. Data show that they are acting on this belief by filing fewer cases year on year. It is likely to be a combination of delays, cost, uncertainty, inefficiency and corruption. Not one of these problems is solved to any degree by centralising the manner of recruitment of judges. On the contrary, this endless, stagnant debate on the AIJS only takes up time and energy instead of focussing attention on implementing more direct solutions to address the problems of the Indian judiciary.(The Hindu).