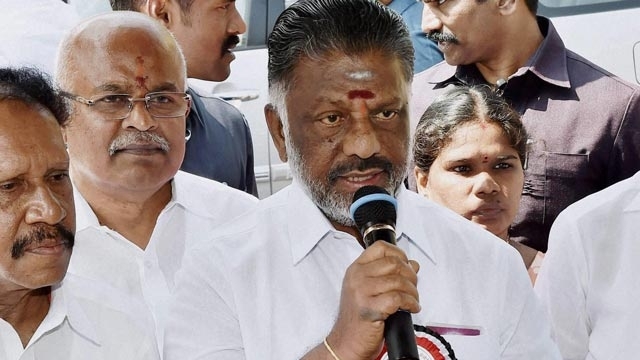 CHENNAI:After Friday’s marathon meetings, the O Panneerselvam faction of the AIADMK decided to seal the merger deal with the ruling faction, headed by Chief Minister Edappadi K Palaniswami, with the announcement scheduled for Monday.
The decision was taken amid a continued standoff between leaders within the AIADMK rival factions and the huge pressure from the BJP at the Centre to make the merger official before August 22. According to top sources in both rival AIADMK factions and the BJP, the merger will be announced on Monday, a day before the scheduled visit of BJP president Amit Shah.
Panneerselvam on Saturday said talks on the merger of the two AIADMK factions are progressing fine. After meeting AIADMK (Puratchi Thalaivi Amma) faction, whch is led by him, Panneerselvam said, “The talks are going on smoothly. A positive result is expected in a day or two.” He said in a couple of days a good decision will be taken and “there are no internal differences”.

The AIADMK broke into three factions after Jayalalithaa`s death in December 2016. The first to revolt against the party`s general secretary and now jailed VK Sasikala was Panneerselvam.
He told reporters Saturday that the merger talks are in progress. Top sources in OPS and EPS camps elaborated the merger deal, which was decided late on Friday, and informed to Delhi. Expulsion of general secretary V K Sasikala and her family from the party and a CBI probe on Jayalalithaa’s death – two key demands set by the OPS camp for the merger, however, are not met.

The third important demand – chief minister post or party general secretary position for OPS with the expulsion of Sasikala – is also not met. But a united AIADMK will make a new post ‘equivalent’ to General Secretary for OPS besides the Deputy CM post offered to him.

Dhinakaran, who spoke to reporters on Friday after meeting his aunt and party general secretary Sasikala at a Bengaluru jail on her birthday, had downplayed the expected merger of the AIADMK factions saying it would not have any longevity and that it was not a ‘setback’ to him.

The Panneerselvam faction had laid three conditions for an AIADMK merger: keeping out Sasikala and her family members, ordering a judicial probe into the death of Jayalalithaa and converting Jayalalithaa`s residence into a memorial.
Some days back the Panneerselvam faction passed a resolution declaring the appointment of Dinakaran as Deputy General Secretary as “improper, unacceptable and invalid”.The resolution was challenged by Dinakaran, who is said to have the support of around 20 legislators. The resolution also said that Sasikala`s own appointment as General Secretary was under the scrutiny of the Election Commission.