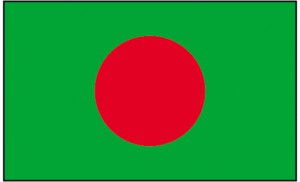 KOLKATA/DHAKA: If Burdwan’s explosion plot unfolding global terrorist outfits link up, stretching from Afganisthan, Pakistan and Saudi Arabia in the West and Bangladesh, Myanmar in the East, slowly a plot for Greater Bangladesh comprising bordering districts in Asom and West Bengal “is being missed out’’ by Central agencies.

A retired Army personnel, specialized in East, told this writer: “Not only state intelligence, but Central agencies more strikingly are missing out this crucial point but in a changed global perspective, bigger terrorist outfits are now getting involved in Greater Bangladesh.’’

Even liberals in Bangladesh questioned of late “Awami League’s tactical leniency towards Jammat for political benefits.’’

Speaking on the issue, Dhaka-based spokesperson of liberal Islamic party, said: “If West Bengal Chief Minister Mamata Banerjee has directly or indirectly appeased Jammat infiltrators as minority vote-bank, then our Prime Minister Begum Hasina is equally responsible for allowing more flexibility to a pro-Pakistani Jammat which will seal the fate of democracy in Bangladesh.’’

“Now after this revelations, it’s time for Awami League understood the Burdwan plot’s implications, or Awami League would put its own existence in trouble as secular force,’’ an eminent Dhaka-based journalist felt,’’ adding, “the Burdwan explosions revealed a deadly truth.’’

Meanwhile, the spreading tentacles of faceless village in Burdwan sent fear in border district villages as Mamata Banerjee Government is silent as it has been on unfolding Saradha Chit Fund scam, “by silence she is creating a communal divide as even honest minorities will start wearing a trustless face with majority friends,’’ regretted Siddiqualla a labour in Murshidabad District.