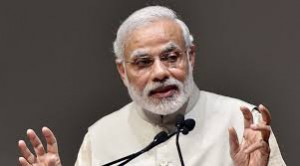 NEW DELHI: More than a month after Prime Minister Narendra Modi called to end the culture of “sifarish” (recommendation leading to nepotism), the government has decided to do away with the process of interviews in junior posts, sources told.
Under the new system, which will come into effect from January 1 next year, skill tests and physical tests will not be dispensed with and candidates will have to prove their competence before being recruited, the sources said.
In case a department feels an interview is a must, they have to seek special permission from the Department of Personnel and Training.
In his address to the nation from the ramparts of the Red Fort on Independence Day, PM Modi had said, “Jobs should be ordered on basis of merit and not sifarish.”
“One of the areas of corruption is recruitment. Even the poorest of the poor wants that his son should get a job,” he said. He had asked that as far as possible the practice of holding interviews for small jobs should be ended and that recruitments be made on basis of merit though transparent, online processes.
“This will help the poor get rid of this kind of corruption and we should strive to work in this direction. This is my request,” he had said.