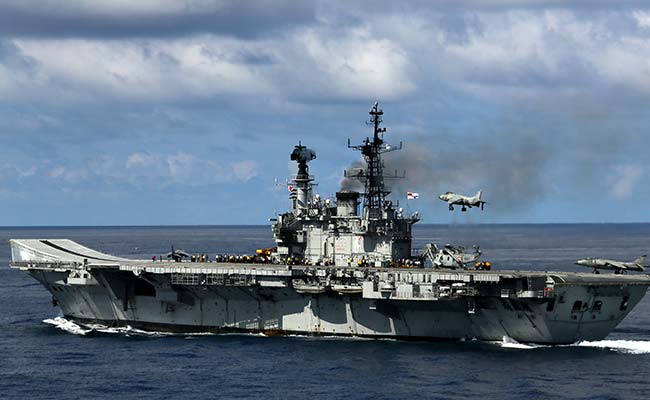 MUMBAI: Indian Navy’s former flagship, INS Viraat, will be decommissioned at sunset today after nearly six decades in service. If no buyer is found for the ship in four months, it will be broken up and sold for scrap, Navy Chief Sunil Lanba told NDTV on Monday.

The Andhra Pradesh government had indicated that it may be willing to convert the old ship into a museum, but the project will cost almost Rs. 1,000 crore. The ship is likely headed to Alang in Gujarat, where she will be scrapped.
The Navy Chief said the Viraat may even be sunk to convert it into a major tourist attraction for divers.INS Viraat has spent 30 years in the Navy after 27 years in the Royal Navy.Sea Harrier fighters, Sea King and Kamov helicopters flew off the ship, which has sailed nearly 11 lakh km, enough to cover the globe 27 times.

INS Viraat played a major role in 1989 in the Sri Lankan peace keeping operation and was also used during the Operation Parakram after the 2001 parliament attack. The ship is being decommissioned at a solemn ceremony in Mumbai today, where 21 of its 22 former commanders will be present.
In the heart of the old steam ship, temperatures rose to 60 degrees during operations. This part of the ship was constructed before the Second World War and mostly remains unchanged even decades later.