MUMBAI: Arjun Kapoor says children were scared of him after his first two releases – “Ishaqzaade” and “Gunday” – but he is now glad that “2 States” has changed things for him.The actor played raw, rustic and action-oriented avatars in his first two movies, but in “2 States”, Arjun plays a smart, suave, cultured and lovable young man. “The best thing is that kids are not scared of me any more. After my previous films, kids got scared upon seeing me,” the 28-year-old said here Sunday at Cinemax theatre “One kid saw me once and started saying ‘Bala, Bala’ (name of Arjun’s character in ‘Gunday’ and later, he started to cry. 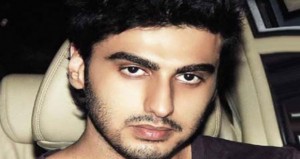 No kid is crying now and they are ready to take photographs with me,” he added.Meanwhile, “2 States” has been readily accepted by the audiences. However, the reviews aren’t unanimous among critics. Arjun is nonchalant about it as he feels that everyone has a right to an opinion, and the box office collections so far point at good results. “We make a film for a very big diaspora of audience, so everyone has a right to opinion. You are spending money, so you can have an opinion, but eventually you make a film for the majority and not minority. I think box office collections are majority whether they (critics) like it or not,” Arjun said. “You have to balance the pros and cons of the critical reviews and audience interactions. It is too early to suggest where the film is heading in terms of numbers but as far as I am concerned, I have never got such a good response for any of my previous films,” he added.Directed by Abhishek Varman, “2 States” stars Alia Bhatt opposite Arjun and is based on Chetan Bhagat’s popular novel “2 States: The Story Of My Marriage”.