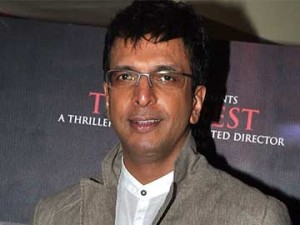 NEW DELHI : Rajnath Singh, the president of the BJP, who is running for Parliament from Lucknow, has a new opponent as of today.The Aam Aadmi Party has announced its candidate is actor-comedian and reality show judge Javed Jaffrey.Insert punchline at your own risk here.
The Congress candidate for Lucknow is Rita Bahuguna Joshi, the former president of the party in Uttar Pradesh. The ruling Samajwadi Party in Uttar Pradesh has picked Abhishek Mishra, a 37-year-old ex-IIM Ahmedabad faculty member with a PhD from Cambridge.
The 62-year-old chief of the BJP won the last national election from Ghaziabad, but this time around, he pushed for Lucknow, the capital India’s largest state. The incumbent MP from there, Lalji Tandon, said he would not seek another constituency.For the BJP, Lucknow is a seat seeped in prestige and legacy because till 2009, it was represented by Atal Behari Vajpayee, the party’s most-respected leader.