KOLKATA: It was in Honolulu in 2011, a former US Pacific Command Admn chief, told his audience
“that desperate India because of large-scale terrorist attacks with irrefutable Islamabad
links, is likely to get engaged in a major war, including going nuclear…keep me awake in
nights….’’
A part of an old story, much like “five Pak generals telling former British prime minister 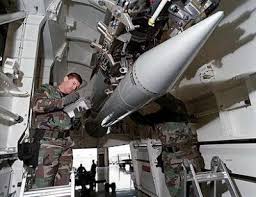 Tony Blair “we can shoot n-missiles in eight seconds on India…’’(a Guardian report in June,
2012).
Significantly, when India was deep in 16th Lok Sabha elections’ hurly burly, the issue got
recharged once again last week in Kolkata with a worried Dhaka-based Society Against Violence
& Inhuman Action organizing a seminar on possibility of an Asiatic Plot: Save Indian Sub-
Continent, asking people to restrain all politicians and governments “going against a Nuclear
war.’’
Prominent scientist, also former director of School of Energies, Jadavpur University Prof
Sujay Basu who presided over the seminar, said while explaining devastating impact of nuclear
war, (now becoming fashionable accumulating with small nations) “We want a strong political
will not to allow human weakness to cloud the national disputes….’’
Speaking at the seminar an eminent veteran Left-leaning journalist Sankar Ray however
concentrated his thrust on political aspect of the problem, saying: “Indian Government should
open up a communication with Pakistani people who also do not want a devastating war and aware
of its deadly and repairable fallouts.’’
Earlier, the society spokesperson and society’s Indian Coordinator, said: “Much we try to
escape or try to fudge the issue, “the Indian Sub-Continent is getting increasingly encircled
with nuclear arsenals which engender the smaller nations, like Sri Lanka, Maldives, Bhutan and
Bangladesh.’’
He also expressed wonders, now with China, a nuclear power, also getting engaged with India on
border issues, could not raise any debate in other smaller nations in Indian Sub-Continent,
though “the threat is very real.’’
A good effort, and should not be allowed to be lost, said Professor Basu, as its Indian
Coordinator said: “We want people to take a pledge to overrule any such possibility as
Pakistan also belongs to this Sub-Continent and country-like America should do its best to
stop religious terrorism raising their heads in Pakistan….’’