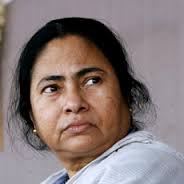 KOLKATA: As political violence, especially before poll and after, still spreading it last Sunday touched off  an already sick industrial sector as jute industry in Bengal.

With killing of Chief Executive Officer H K Maheswari of Northbrook Jute Mill, the ghost of militant trade unionism fathered by CPI(M)-affiliated CITU and a section of industrialists by keeping workers not jobless but without salary  for months, seems to have revisited Bengal once again, which even `pro-reform face’ and `pro-industry face’ within CPI(M) and former chief minister Buddhadeb Bhattacharjee failed to banish from the state totally.

Though Chief Minister Mamata Banerjee immediately pointed to CPI(M) and strangely BJP, but didn’t sound convincing to big industrialists or common man! As her government  sat quietly for five months when the mill was not paying “salary to the workers.’’

Even the mill owner didn’t either blame the trade union, but “anti-social elements.’’ And who are they still not identified though police nabbed eight persons so far! And Chief Minister met industrial majors yesterday reiterated that her Government wouldn’t tolerate militant trade unionism.

And her labour minister Purnendu Basu met heads of 52 jute mills in Bengal today, he reassured them the same but “told them to keep the salary issue always in minds.’’

However,  jute facing a bleak future with jute bags being getting replaced world-wide and nation-wide by polythene bags was not discussed in details.

And incidentally, a majority of “the old and big jute mill owners have left the sector to small time-profit fixers who produce when it is profitable and stop production when it doesn’t’’ was not discussed at all, like Left Front Government did and presided over a gradual liquidation of jute sector in Bengal, said a non-Left TU leader!

“Nor Government is interested in creating new jute  products, like refining it to a point of sarees or clothes for both male and female garments are reinitiated by state government after a few experimental failures so that jute industry would have looked beyond its traditional products,’’ said an economist and industrial expert, adding “when millions are involved with jute at every stage.’’