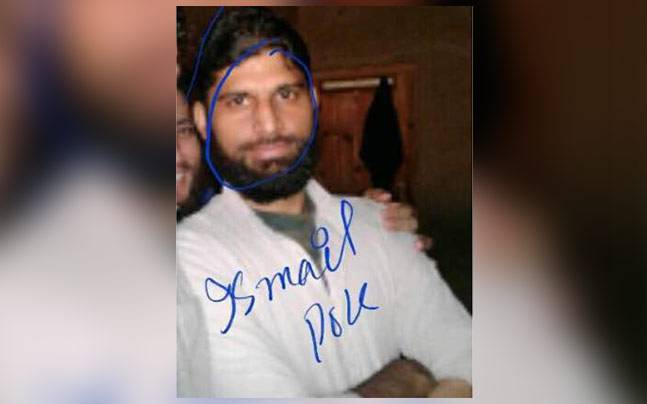 SRINAGAR : Abu Ismail, a Lashkar-e-Taiba terrorist who is believed to have planned the attack in July on Amarnath pilgrims, has been killed in a brief encounter with security forces in Nowgam on the outskirts of Srinagar. The 26-year-old Pakistani national had infiltrated into India about two years ago and had recently taken charge of the Lashkar’s operations in the Kashmir valley.

Today’s operation, in which another Pakistani terrorist called Abu Kasim was also killed, was described by the police as “brief and crisp”. It was jointly conducted by the Army, paramilitary force CRPF and the state police and a top officer said “fabulous intelligence” helped corner Ismail and his associate, who were hiding in a house. As the security forces tightened their cordon, the terrorists opened fire.

“It hardly took us half-an-hour or so to complete the ops. Abu Ismail and Abu Kasim were both killed. They were running for their lives and were cornered in Srinagar,” said Munir Ahmad Khan, Inspector General of Police, Kashmir.
Eight pilgrims had died and 13 were injured in the attack on a bus carrying Amarnath pilgrims from Gujarat and Maharashtra, when terrorists surrounded it from all sides and opened fire on July 10. Abu Ismail was also involved in other terror attacks in south Kashmir, in which a total 14 security personnel were killed. The police said he was named in 15 criminal cases in the valley, including those of murder and dacoity.
“After attack on yatris, people of Kashmir were unanimous that killers should be brought to justice. Today we have done that,” said Mr Khan. Abu Dujana, the man Abu Ismail had replaced as the Lashkar’s top operative in Kashmir, was killed by security forces last month. Two AK 47s rifles were recovered from the terrorists killed today.ndtv.