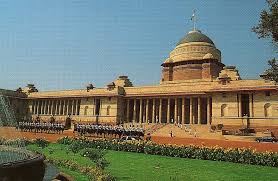 NEW DELHI : An “impregnable” air defence system in the sky and about 6,000 security personnel, from paramilitary commandos to police sharpshooters, on the ground will be deployed to guard heads of state and government who will be present at Rashtrapati Bhavan, the presidential palace, on Monday evening to attend the open-air oath-taking ceremony of the new Indian prime minister, Narendra Modi.
Indian President Pranab Mukherjee will administer the oath of office and secrecy to Modi. The 6,000 security personnel will cover a two-km periphery around the presidential palace. They will be drawn from the Delhi Police, paramilitary forces, the National Security Guard (NSG) and armed forces.
The security unit of Delhi Police and the prime minister’s security unit have drawn out a multi-layered security plan to provide ground-to-air security. Delhi Police will be in charge of the security of the hotels where the dignitaries, including from Pakistan and Sri Lanka, will be staying, as well as their travel routes.
Delhi Police said a security ring will be thrown around Raisina Hill on which Rashtrapati Bhavan stands.. All offices around it will be shut down five hours ahead of the swearing-in ceremony, slated for 6 p.m. Monday in the forecourt of Rashtrapati Bhavan.
The Indian Air Force (IAF) will put in place a defence system to secure the skies, including air surveillance. Snipers, including NSG sharpshooters with anti-aircraft guns, will be deployed on the top of all high-rise buildings around the area.
All roads leading Raisina Hill will be barricaded, while mobile security teams will be deployed along the route. Paramilitary and Delhi Police commandos would also be deployed to secure the area. Dog squads and bomb disposal squads will sanitise the venue in advance.
The dignitaries who would be present are Pakistani Prime Minister Nawaz Sharif, Sri Lankan President Mahinda Rajapaksa, Afghan President Hamid Karzai, Bhutanese Prime Minister Tshering Tobgay, Nepali Prime Minister Sushil Koirala and Maldivian President Abdulla Yameen Abdul Gayoom. Bangladesh will be represented by Speaker Shirin Chaudhury while Mauritius Prime Minister Navinchandra Ramgoolam will also be present.
The security agencies are on high alert especially in the wake of the terror attack on the Indian Consulate in Afghanistan’s Herat province Friday morning.