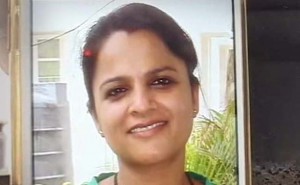 MELBOURNE: A 41-year-old Indian IT consultant was brutally stabbed to death in Sydney in Australia on Saturday, just 300 metres from her home, police said today as they launched a probe into the horrific attack.
Prabha Arun Kumar was speaking to a member of her family over the phone when she was attacked in Westmead, a suburb in Sydney. She was walking back home from work at the time.
“I think I’ve been stabbed,” Ms Kumar reportedly told the relative.The mother of one was found lying in a pool of blood in Parramatta Park by a man. The police described it as a “horrific attack”.
A friend of Ms Kumar, who asked not to be named, told The Daily Telegraph that she had warned her that “it is not a safe way to come through because there are people that stop and ask you for money.”

Superintendent Wayne Cox from Parramatta police said earlier that the woman left the station, walked along Argyle Street and onto Park Parade before being attacked in Parramatta Park “by a person or unknown persons”.
Ms Kumar was rushed to Westmead Hospital where she was pronounced dead.”There was a large amount of blood so she obviously suffered a significant wound,” Mr Cox said.A crime scene has been established and is being examined by specialist forensic officers.
State Crime Command’s Homicide Squad is assisting Parramatta detectives in the case. Police have appealed to the public to come forward with any information related to the case.