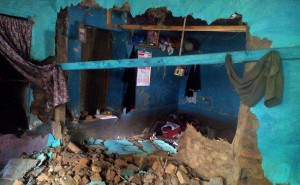 NEW DELHI: Panic gripped residents as strong tremors were felt in Delhi, NCR on Sunday around 4 PM.USGS reports that the earthquake’s epicentre was 282 km North East of Kabul in Afghanistan.It was measured 6.6 on the Richter scale.

Delhi Metro services have been temporarily halted in the wake of the earthquake.The earthquake measuring 6.8 on the Richter scale at a depth of 190 km hit Hindukush mountain region at 3:58 PM,” said J L Gautam, Operations Head of National Centre for Seismology.
Delhi Fire Department and police officials said control rooms have not received any calls reporting major damage or collapse of any buildings. 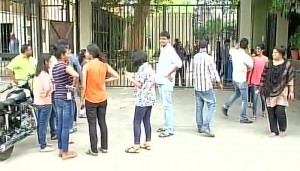 Deputy Chief Minister Manish Sisodia, who was in Delhi Secretariat when the tremors were felt tweeted, “earthquake!!! It was really scary! I could see plants and furniture shaking at 6th floor office of Delhi secretariat. Wish all is well”.
Delhi Metro services were affected for a brief period in the wake of the tremor and resumed later.”Service were halted briefly after the quake but we resumed operations soon after,” a Delhi Metro official said.
The quake struck at 3.58 pm and went on for several minutes.  Its epicentre lay 39 km from Ashkasham and 282 km northeast of Kabul, in Afghanistan.The impact was the strongest across a 200 km area, according to data from European Mediterranean Seismological Centre.

In Pakistan, two persons have died and four have been injured. Radio Pakistan reported that strong tremors were felt across Peshawar, Chitral, Swat, Gilgit, Faisalabad and Lahore.
The epicentre was around 282 km northeast of Kabul.

Residents left their homes in Kabul and Islamabad when the quake struck and buildings swayed for well over a minute in both capitals. Similar reports were received from across northern and central Pakistan.
In Kabul, Omar Mohammadi, a spokesman for the Afghanistan National Disaster Management Authority, said officials were collecting information but no reports of casualties or damage had been received so far, reported news agency Reuters.

Tremors were felt across north India, including Delhi and National Capital Region, Kashmir and Uttarakhand. The metro rail service in Delhi was halted for a few minutes following the quake as a precautionary measure.

The Hindukush area, bordering Pakistan and Afghanistan, is a seismically active area, with quakes often felt across the region.A 7.5-magnitude quake struck the area on October 26, 2015, killing more than 300 people and destroying thousands of homes.
Just over a decade ago, a 7.6-magnitude quake in another part of northern Pakistan had killed around 75,000 people.