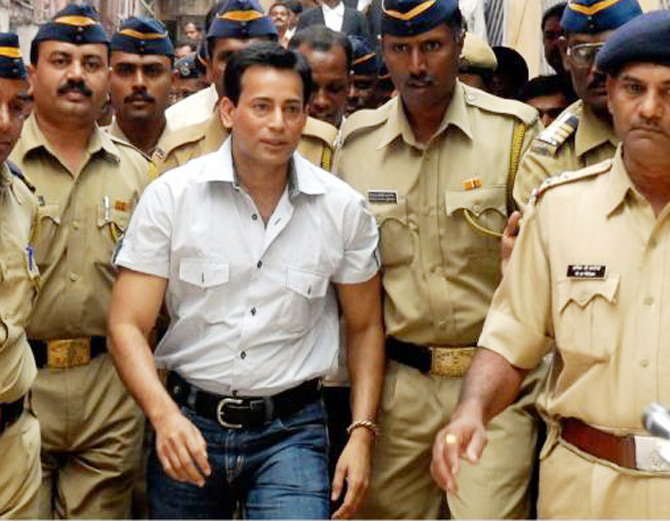 The trial involved seven accused, including gangster Abu Salem. The attack left 257 people dead, 713 seriously injured and destroyed property worth ₹27 crore. In the trial’s first leg that concluded in 2007, the TADA court convicted 100 accused and acquitted 23. The trial of Abu Salem, Mustafa Dossa, Karimullah Khan, Firoz Abdul Rashid Khan, Riyaz Siddiqui, Tahir Merchant and Abdul Quayyum was separated from the first leg as they were arrested at the time of its conclusion.

In September 2006, 20 of them were awarded life sentence and 12 got death. In 2013, 10 of the 12 awaiting capital punishment had their sentence commuted to life imprisonment. Dossa was facing charges of conspiracy and arranging landing of the explosives – around 3,000 kg of RDX, along with his associates in Raigad. Abdul Qayyum was acquitted of all charges in 1993 Mumbai blasts case. Court ordered his release on personal bond.

Another accused Firoz Khan was convicted under charges of conspiracy and murder under sections of IPC, TADA and Explosives Act. Accused Tahir Merchant was also convicted in 1993 Mumbai blasts case by the Mumbai TADA court. The special court here convicted Karimullah Shaikh in the blasts case.

The court, hwoever, acquitted all accused of the charge of waging war against the nation. Mumbai TADA court believed that Dossa, Salem, Merchant and Firoz Khan were among the main conspirators of 1993 blasts case. Salem was accused of transporting weapons from Gujarat to Mumbai.

The gangster also handed over to actor Sanjay Dutt, who was an accused in the case for illegally possessing weapons, AK 56 rifles, 250 bullets and some hand grenades at his residence on January 16, 1993. Two days later on January 18, 1993, Salem and two others went to Dutt’s house and got back two rifles and some rounds.
The court, in all, recorded statements of around 750 prosecution witnesses and 50 witnesses. Three accused including Salem confessed to their crime during investigations carried out by the CBI over the years in the blasts case. The Special TADA Court read out the judgement against Dossa and six others, including Abu Salem, in the sensational 1993 blasts in which 257 persons were killed.