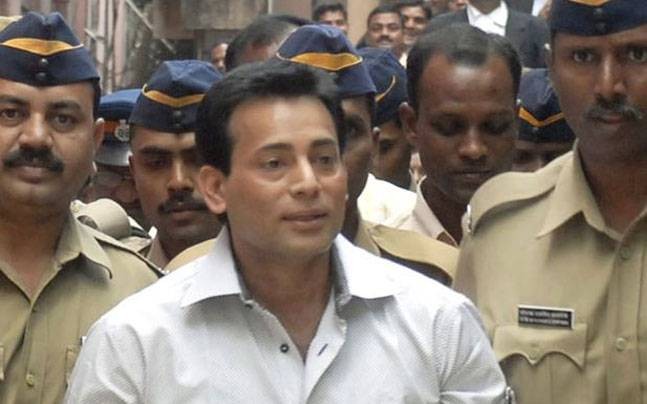 MUMBAI: A special Terrorist and Disruptive Activities (Prevention) Act (TADA) court on Thursday awarded death sentence to Tahir Merchant and Feroz Khan in connection with the 1993 Mumbai serial blasts. The court awarded life imprisonment to Abu Salem and Karimullah Khan along with a fine of Rs 2 lakhs, while Riyaz Ahmed Siddique received a sentence of 10 years.
The court had convicted six terrorists – Abu Salem, Mustafa Dossa, Firoz Khan, Mohammed Tahir Merchant alias Tahir Taklya, Karimullah Khan and Riyaz Ahmed Siddique in the 1993 Mumbai serial blasts case. Dossa died on June 28, just a few days after being convicted. The case against him has been closed.
“The convicts will get set-off for the time they have served in jail,” said Public Prosecutor Ujjwal Nikam on 1993 Mumbai Blasts case sentence. Under TADA court rules, life imprisonment means forever. However, under the extradition law, the maximum term that can be awarded is 25 years. Now, the Government of India will decide Salem and Khan will get out of jail after 25 years or continue.

In 1993, 12 serial blasts rocked Mumbai that killed 257 and injured over 700 people. The incident introduced Dawood Ibrahim and Tiger Memon to the world.Dawood soon became India’s most wanted man. His name also features prominently the ‘most wanted’ lists of the US and the Interpol.The Mumbai-blasts is the first terrorist attack in the world where RDX was used.Abu Salem has been in jail for the last 15 years.
The Central Bureau of Investigation (CBI) had requested life imprisonment for Abu Salem and another terrorist and death sentence for three. The court awarded death sentence to Taher Mohd. Merchant and Firoz Abdul Rashid Khan. Riyaz Ahmed Siddiqui has been sentenced to 10 years imprisonment. On March 12, 1993, 12 bombs exploded at several locations in what was then Bombay, killing 257 people and injuring 713 while destroying property worth Rs 27 crore.
Twenty-four years later, the TADA court on June 16, convicted Abu Salem Abdul Qayoom Ansari, Mustafa Ahmed Umar Dossa alias Mustafa Majnu, Firoz Abdul Rashid Khan, Taher Mohd. Merchant alias Taher Taklya, Karimulla Osan Khan alias Karimullah Hussain Habib Shaikh and Riyaz Ahmed Siddiqui under sections of the TADA, the Indian Penal Code (IPC), the Arms Act and the Explosives Act for perpetrating the blasts. It, however, acquitted Abdul Qayum Karim Shaikh of all charges.

Of the six, Mustafa Dossa who was lodged at the Arthur Road jail died of cardiac arrest on June 28. The CBI brought Abu Salem and his companion Monica Bedi from Portugal in 2005 after a three-year legal battle after the then NDA government assured Portugal that the two would not get the death penalty, if extradited.
Abu Salem Abdul Qayoom Ansari, extradited from Portugal, is one of the main conspirators, and was very close to co-accused Anis Ibrahim Kaskar (Dawood’s brother). He facilitated the transportation and supply of arms and ammunition for terrorist activities. He has been sentenced to life and fined Rs. 2 lakh

Mustafa Ahmed Umar Dossa alias Mustafa Majnu was extradited from the UAE. He acted to achieve the object of a conspiracy hatched in Dubai to take revenge for the demolition of the Babri Masjid, for which arms and ammunition were sent to India. Convicted, not sentenced as he passed away in June.

Firoz Abdul Rashid Khan, a loyal partner of Dossa, had knowledge of all criminal activities of the gang. He was a participant of the main conspiracy from the beginning and, therefore, was one among the main conspirators. He has been sentenced to death.

Taher Mohd. Merchant alias Taher Taklya conspired, advocated and knowingly facilitated and commissioned terrorist acts and acts preparatory to terrorists acts. He has been sentenced to deathKarimullah Osan Khan alias Karimullah Hussain Habib Shaikh knew about the deadly effects of the RDX, arms and ammunition, and facilitated the landing of the material. He has been sentenced to life and fined Rs. 2 lakh
Riyaz Ahmed Siddiqui was working in close proximity with the main conspirators towards achieving the objective of the conspiracy, therefore placing him a rung well up in the category. He has been sentenced to 10 years imprisonment Abdul Qayoom Karim Shaikh smuggled weapons into India at a time when Bombay was already engulfed in unrest. The prosecution failed to prove the charge of conspiracy against him. Hence, acquitted.( With Agency Inputs).